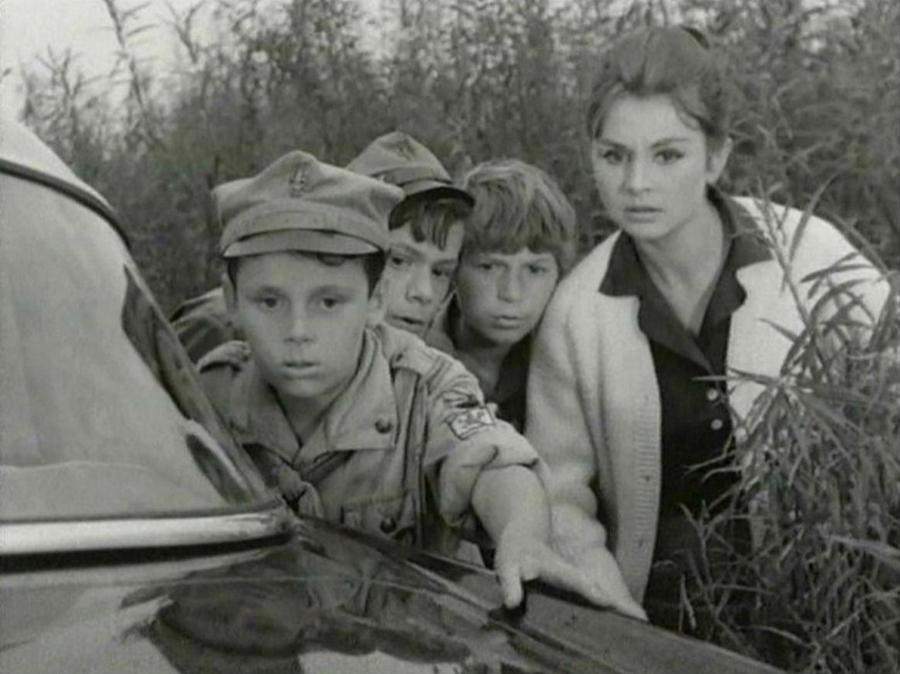 Ale Kino! Half a century ago

Mister Automobile for the first time on screen!‘Half a century ago’ zone was for the first time presented in 2012, at the time when Ale Kino! celebrated its fiftieth anniversary. The idea behind the presentation is to bring back images that were created exactly fifty years ago. Viewers, especially children, find those movies fascinating as they present the time-specific picture of past reality: the world without computers, cell phones or Facebook, with black and white television, but still familiar and close to us. The origins of filmmaking dated back 120 years, but the art of cinema is extremely vital – films from half a century ago, or even older productions, did not age at all.

Fifty years ago a film by Stanisław Jędryka ‘The Island of Delinquents’, based on the book by Zbigniew Nienacki, had its premiere.  Both the novel and the movie open a long series of beloved stories about friendly Mister Tomasz, who drives the best, though inconspicuous car in the world, with Ferrari 410 Superamerica engine, placed under the bonnet of  the grotesque, but extremely functional convertible amphibian. He works for a museum and, supported by a group of brave scouts, seeks for lost treasures, which seem to always catch the attention of black characters as well. Stanisław Jedryka, the director of the film and the author of the biggest hits in the history of Polish cinematography for children, will be our guest at the screening.

Fifty years ago, in Czechoslovakia Večerníček, a friendly elf, who invited children to bedtime cartoons, debuted on television screens. Until 1993 he was bilingual: using Czech and Slovak languages when addressing Czech and Slovak kids respectively. These animations were prepared by the most renowned Czech and Slovak animators, illustrators and musicians. The programme welcomed productions from other countries of the world as well, but only the ideologically approved ones: Czechoslovak children could enjoy watching Bolek and Lolek, Zayats or Little Sandyman (the one from East Germany, of course). The special screening to celebrate Večerníček’s 50th birthday will include some iconic bedtime cartoons, among others the adored Rumcais the Robber.